Costa Rica is home to a great number of volcanoes — there are six active volcanoes and another 61 dormant or extinct ones. For the past 50 years, Arenal was the country’s most active volcano. Although it entered into a resting phase in 2010 — meaning that its eruptions have taken pause for the time being — Arenal still is one of the country’s best-known and most-visited volcanoes. There are, however, many other volcanoes that are worth exploring. Most are caldera volcanoes — volcanoes that now have a large crater, which may be filled with water and rising steam.
← → 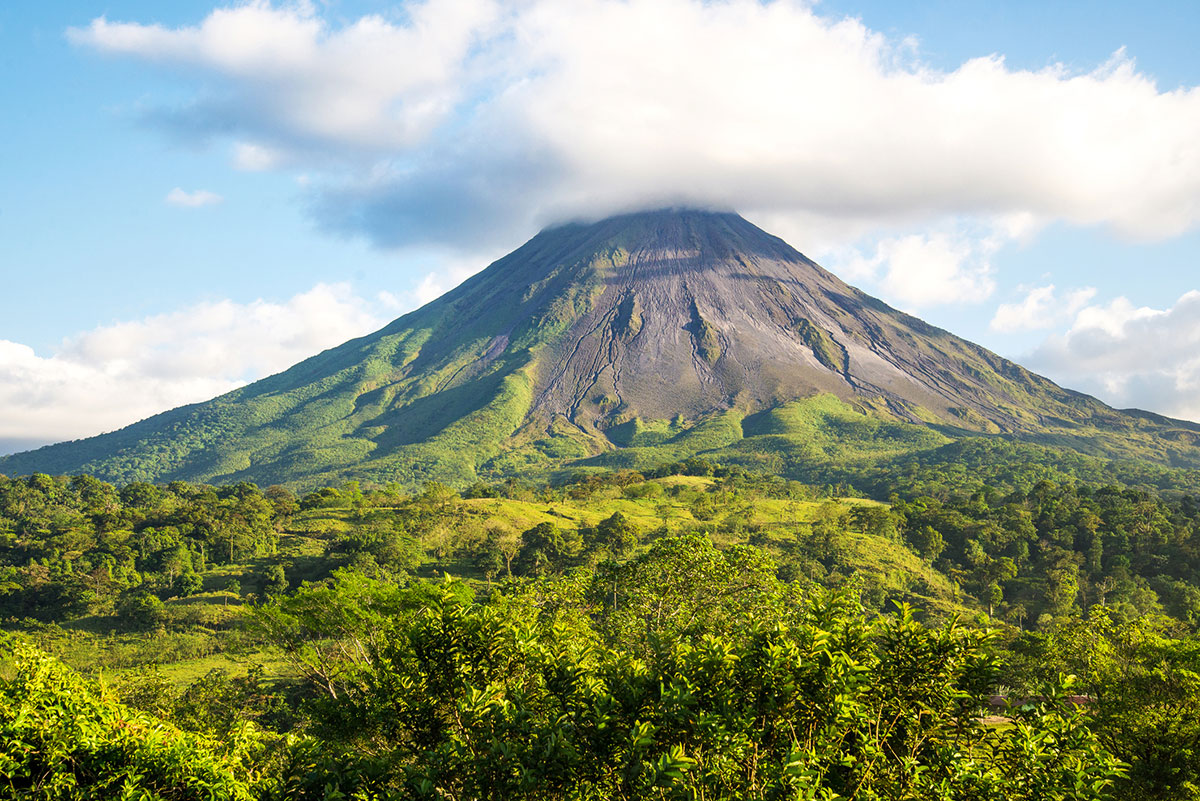 “That’s one hot adventure! Which Costa Rica volcano can you handle?”

Whether you want to rev up your adrenaline, or enjoy a scenic hike near a sleeping giant, there’s a Costa Rica volcano that will offer you just the right amount of adventure and exercise. Walk around nature and take in the fresh air whilst you enjoy amazing views, and get a peek at the country’s wildlife in their natural environment. 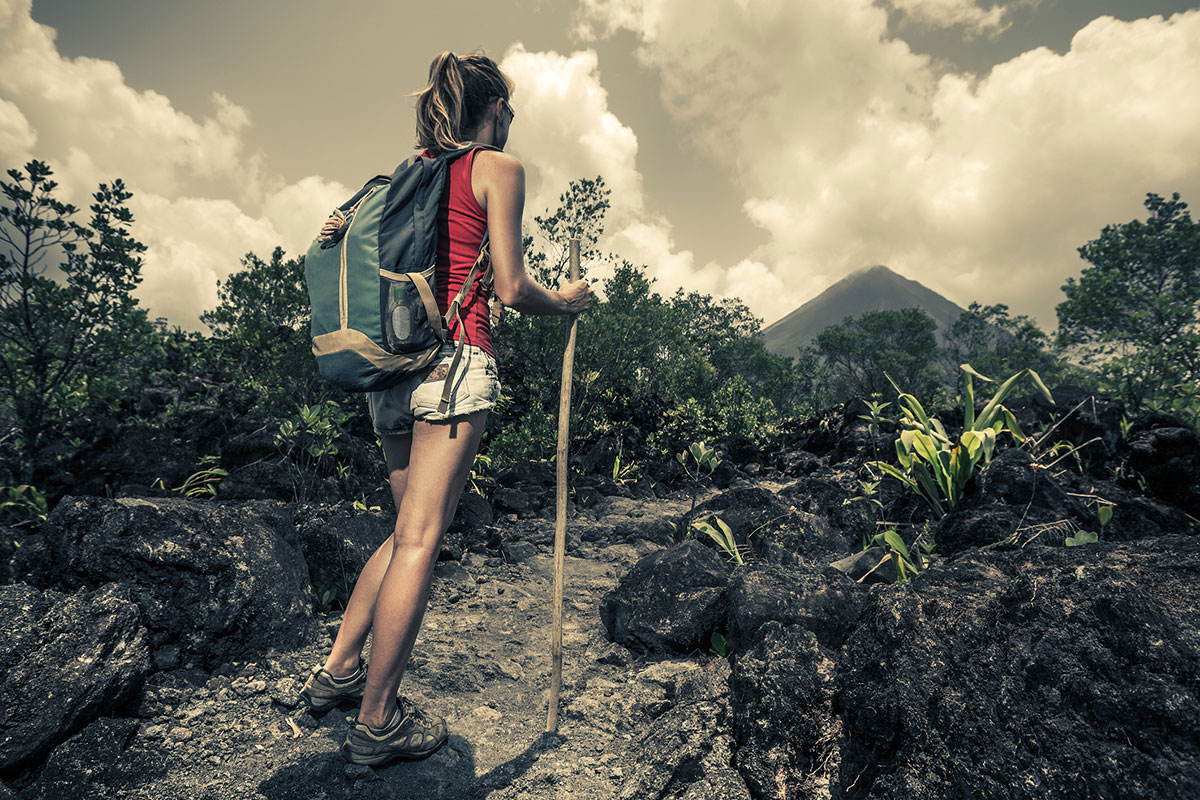 The Poás Volcano National Park is located in the Central Highlands of Costa Rica. Rising up to 8,885 ft (2,708 m), Poás remains one of Costa Rica’s largest and most active volcanoes. At almost a mile in diameter (1.6 km), the crater’s rain-fed, sulfuric pool bubbles and emits smoke. Although the last major eruption was in 1910, the volcano remains steadily active to this day, and visitors can still see geysers exploding into the air — some reaching as high up as 820 ft (250 m).

Located 1.5 hours from San José, Poás is a popular day trip for travelers staying in the country’s capital. The 68-mile (108 km) round-trip journey navigates along coffee and flower farms, many of which line areas of the park. The best time to visit is during the morning hours from January to April. Weekends are usually crowded and clouds normally roll in around mid-afternoon, making it difficult to enjoy the scenery. On a clear day, however, it’s possible to see both the Pacific and Atlantic coasts from the summit, as well as its gurgling, steaming crater. 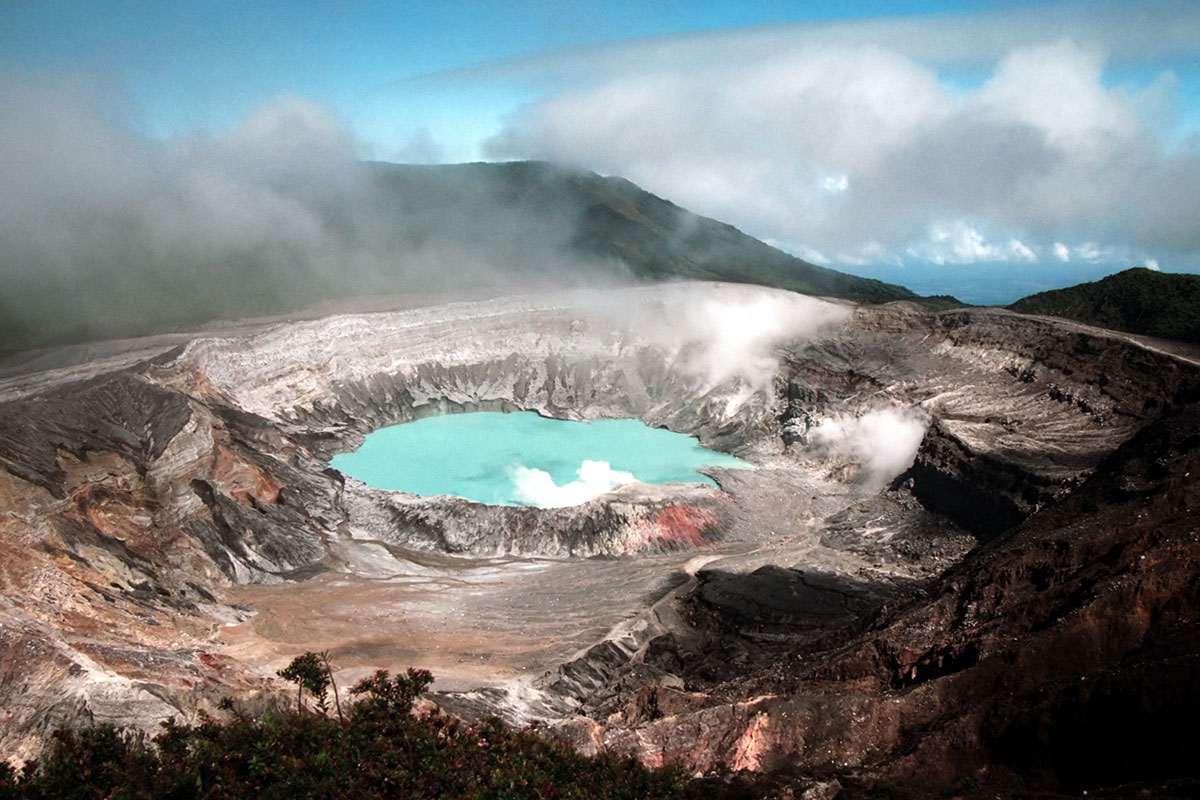 The Rincón de la Vieja Volcano is located in the Guanacaste region of Costa Rica. Rincón de La Vieja is a cinder cone volcano in Costa Rica, and is part of nine contiguous craters that dot the Rincón de La Vieja National Park. This collection of volcanic peaks is most active in the Guanacaste Mountains, where major volcanic activity occurred during the latter half of the 1960s. The Von Seebach crater is currently active, venting steam and the occasional volcanic hiccup on a regular basis. Of the nine craters, the Santa Maria Volcano is the highest, topping out at 6,385 ft (1916 m).

The hike to the top of this crater is not easy — it’s a 6-mile (10 km) hike that ascends over 5,000 vertical feet. The hike primarily winds through tropical forest before giving way to dwarf cloud forests near the top. This final section — measuring some 2 km in length — is the steepest and most difficult portion of the climb. However, getting to the top of this volcano and staring down at the surrounding countryside is definitely worth the effort. 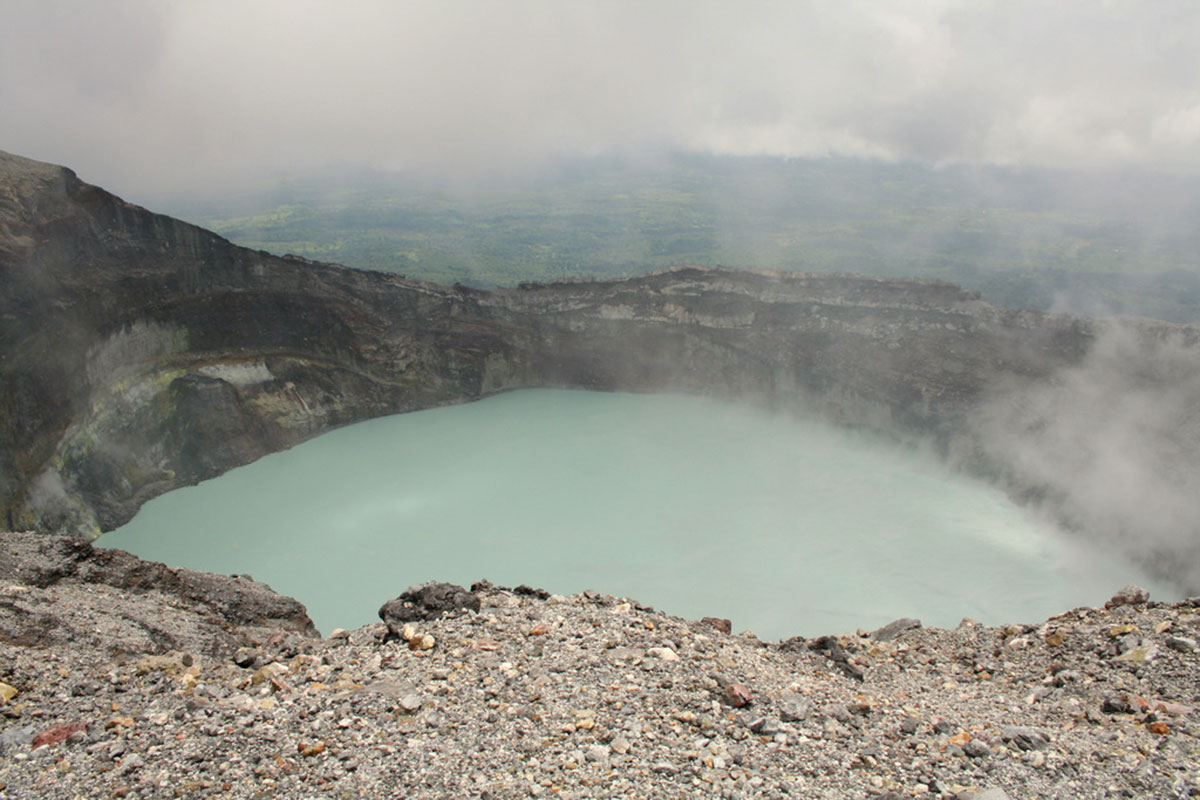 The Irazú Volcano is located in the Central Highlands of Costa Rica. It is the tallest volcano in the country, reaching upwards of 11,260 ft (3,432 m), and has several active craters. The largest of these craters is 900 ft (275 m) deep, while the smallest crater, dubbed Diego de la Haya, dips some 300 ft (91 m) beneath the surface. Its mineral-rich lake can transform color, often fluctuating between emerald green and crimson red. On a clear day, the Pacific and Caribbean coasts are visible from the summit.

The Irazú Volcano National Park is set on 5,705 acres (2,300 ha) of immaculate montane forest, most of which is comprised of primary, secondary, and cloud forest. From San José, you can head east 14 miles (23 km) to the nation’s former capital, Cartago. From here, it’s 24 miles (39 km) to the Irazú Volcano National Park. The roads are in good condition and signs mark the route in. 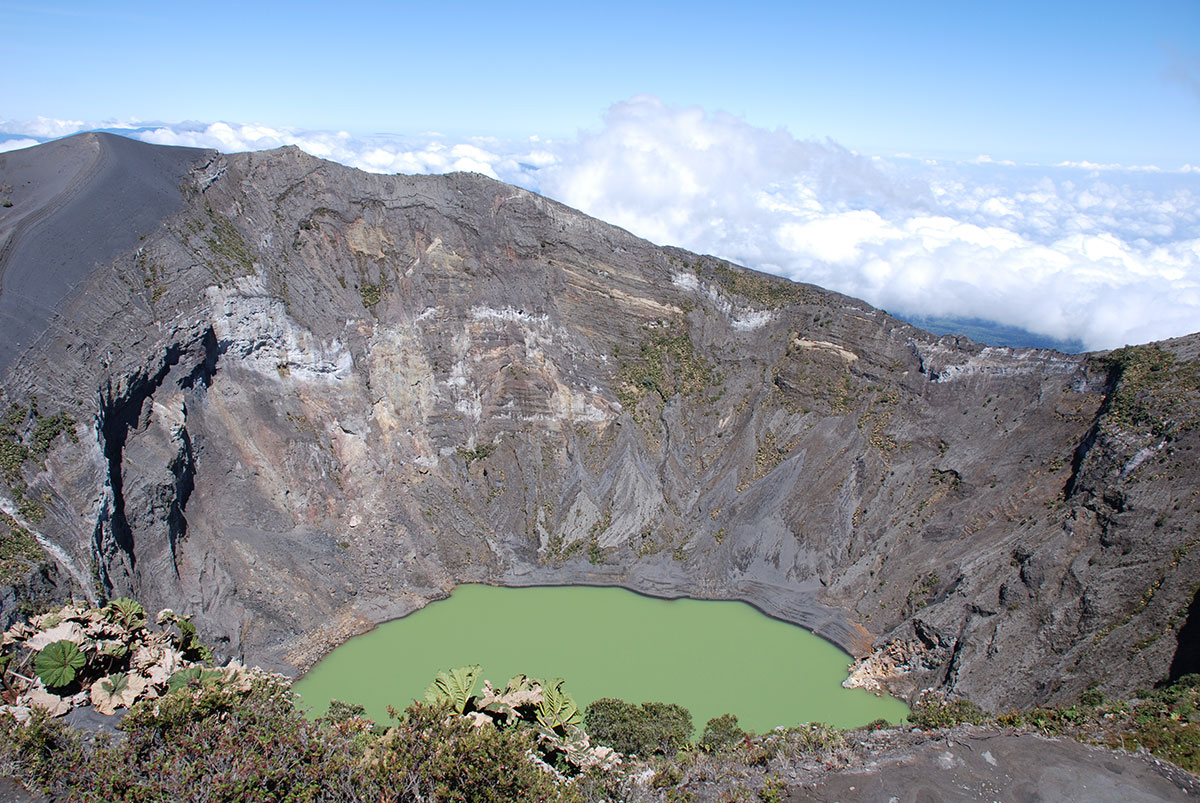 The Tenorio Volcano and Miravalles Protected Zone is located in the Guanacaste region of Costa Rica. The smooth cinder cone of Tenorio rises from its surrounding forest, achieving a maximum height of 6,286 ft (1,916 m). The area surrounding this Costa Rica volcano is characterized by an enchanting blend of forest, hot springs, and geysers. Virgin forests extend to Tenorio’s summit and line the banks of a lake that fills the volcano’s crater. The summit can be accessed via the Lago las Dantas Trail, which winds its way up from the park’s base and through the cloud forest before arriving at the top. 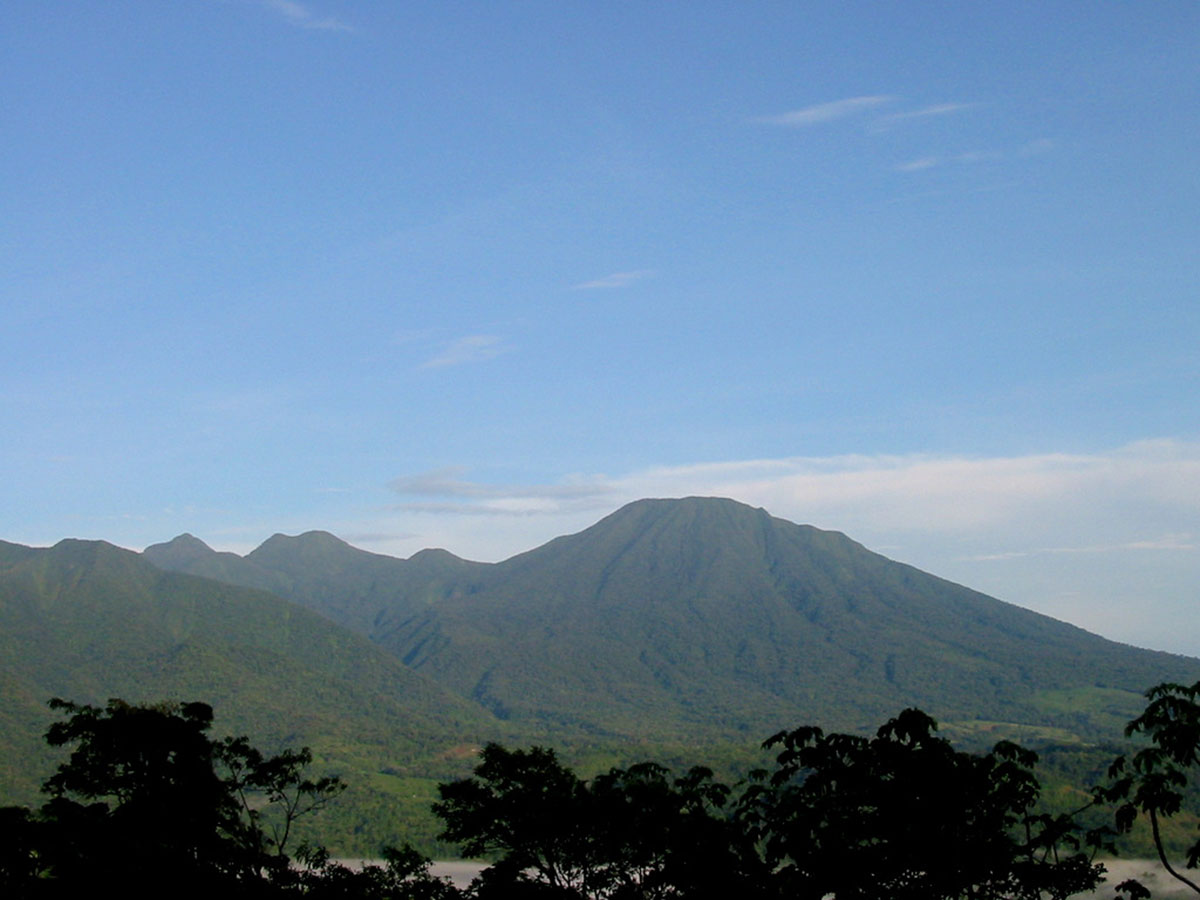 The Turrialba Volcano National Park is located in the Central Highlands of Costa Rica along the southeast corner of the Central Volcanic Corridor. The summit peaks out at 10,919 ft (3,328 m), and on clear days the view includes the Atlantic coast and the Barva, Poás, and Irazú volcanoes.

Turrialba’s last major eruptions occurred in 1866. However, fumarolic activity (smoke and gas which often includes carbon dioxide, sulfur dioxide, hydrochloric acid, and hydrogen sulfide) remains constant from the highest peak. There are three well-defined craters located at the top, the most profound of which measures 164 ft (50 m) in diameter. 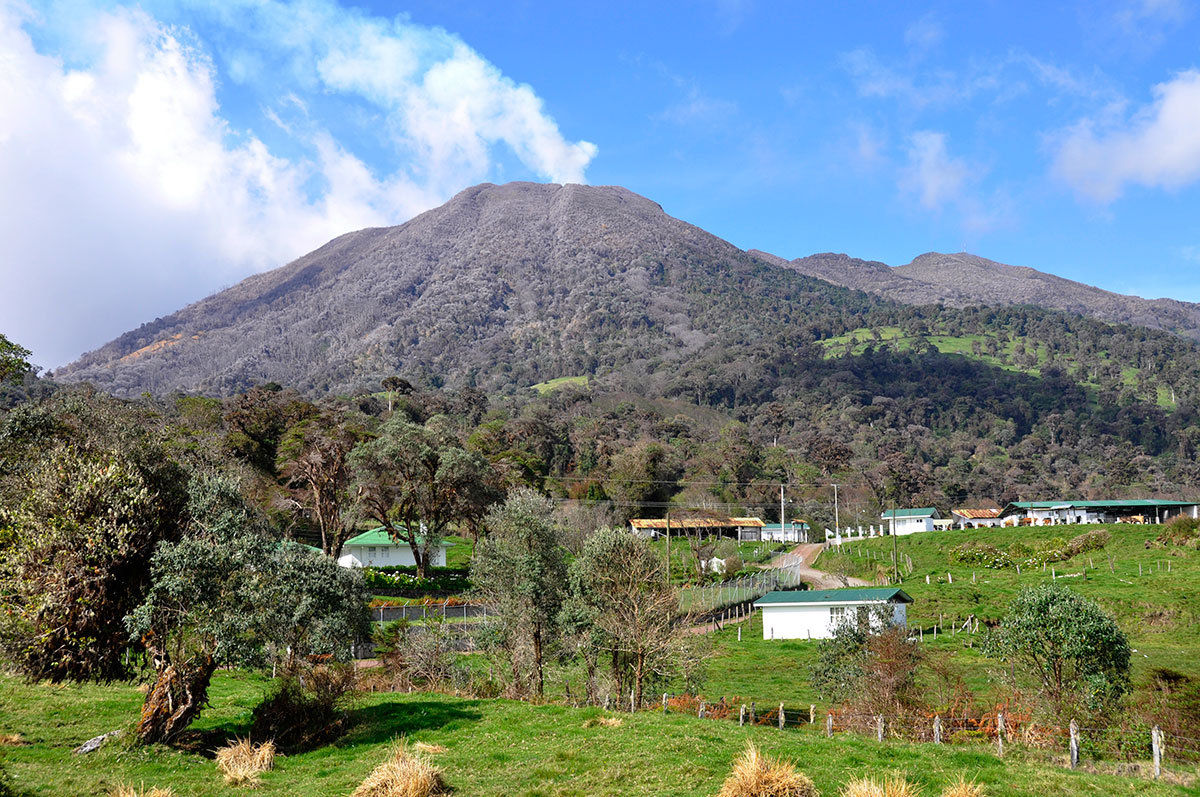 It’s not everyday you get to say you explored a Costa Rica volcano, so why would you miss this opportunity? Rugged excursions, warm hot springs, and colourful wildlife are waiting for you! Choose your preferred level of excitement, and add adventure to your travel itinerary. 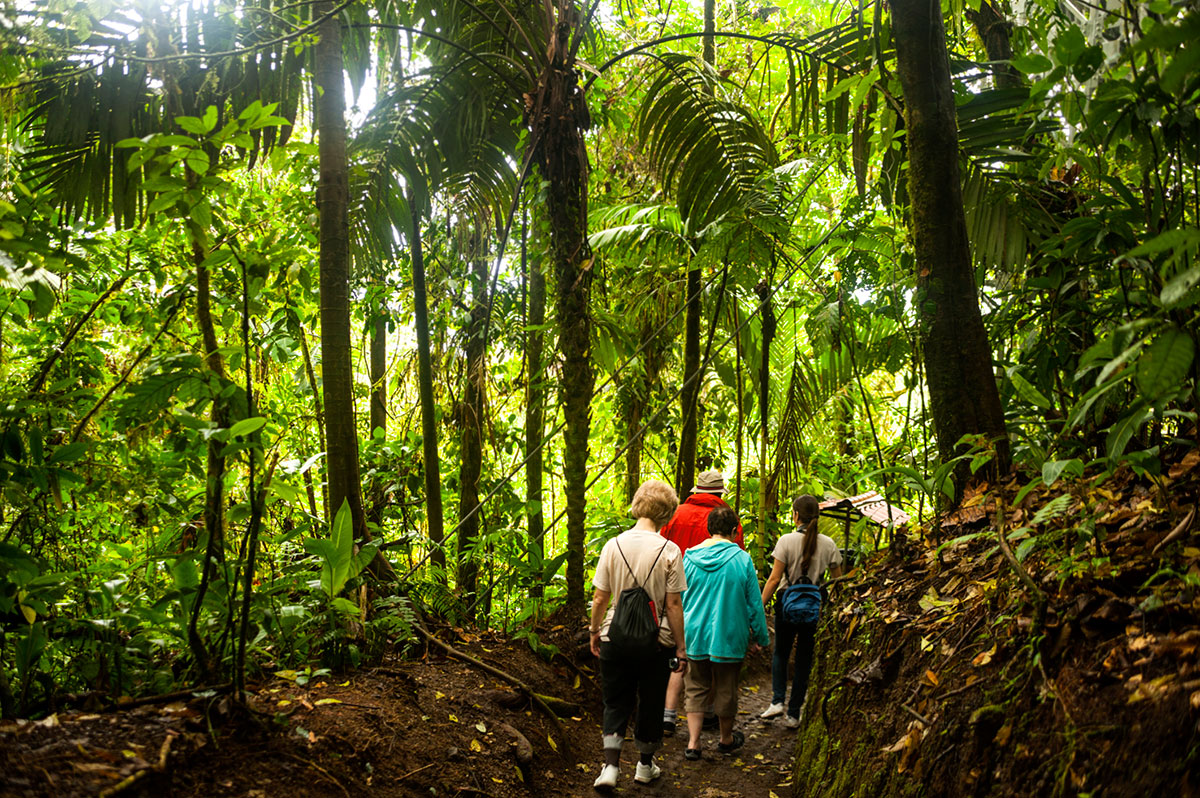 Have questions about safely booking your volcanic adventure? Reach out to us toll-free at +1-888-454-0889 or send a message to our locally-based travel consultants.