We don’t recommend driving at night – you’ll miss the scenery and will likely have trouble distinguishing signs and the road’s painted lines. The roads in Costa Rica are extremely windy and often in poor condition. Because of this, daytime driving is generally much easier. As Costa Rica is set along the Earth’s equator, the sun is in the sky from 5:30 AM to 5:30 PM. This is the time of day that we advise visitors to drive. 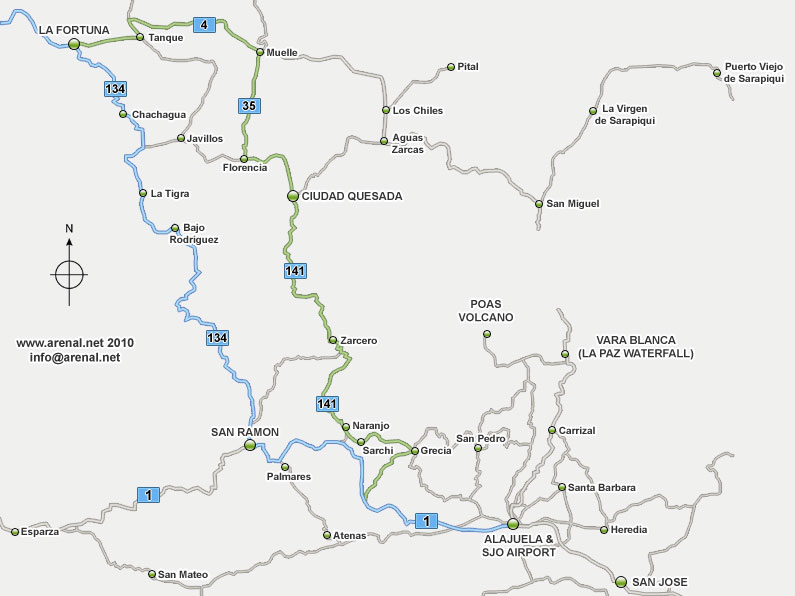 From San José, there are two ways to get to Arenal. The shortest – the blue line on the map – runs through San Ramon and takes around three and a half hours. The other route, marked in green, is a more cultural drive—you’ll pass through quaint villages, including Sarchí, the country’s handicraft capital. This route takes about four hours.

The road to Monteverde is in poor condition; along this route, dirt roads and potholes are the norm. For the reason, a 4x4 is strongly recommended. The only route runs through Tilarán and takes about four hours to complete.